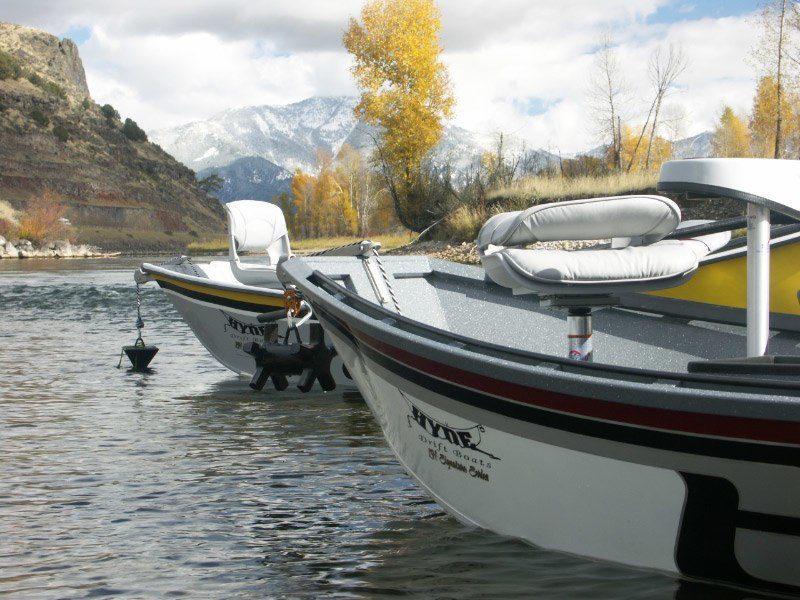 In Part II we learned how to pivot the boat by using one oar as an anchor or to use both oars to pivot the boat. Here’s how pivoting comes into play when maneuvering the boat down a river and avoiding obstacles or just generally getting around.

All maneuvers of the boat involve ferrying or variations of ferrying the boat. To ferry the boat you point the stern (rear) of the boat right or left to an approximate 30 to 45 degree angle to the current and pull backwards on the oars.

The most important use of the ferrying maneuver is to avoid obstacles. When you ferry the boat you are maneuvering around an obstacle by pivoting and then pointing the bow of the boat at the obstacle and backrowing away from the obstacle.

Another time when ferrying is important is when moving from one side of a river to the other. To accomplish this maneuver you pivot and point the stern (rear) of the boat towards the side of the river you wish to move to at about a 30 to 45 degree angle, backrowing as you slowly move across stream. This will allow you to move to the other side of the river without losing much distance downstream as you cross.

When you are floating down rivers you will often encounter mid stream boulders and will need to use the ferrying technique to move around them. This sometimes can be rapid fire and you may need to move left and them immediately right to avoid another one. Ferrying needs to become second nature.

Here is the basic ferrying technique.

Work on using just enough movement to miss the obstacle by not more than necessary. Make sure you start your move with enough time to get out of harms way.

Here’s a story about how not to do it.

Let me share a story with you. I’ve got a friend, lets just call him Ray for this tale. We were fishing the Madison River in Montana, which is known for it’s riffles and bouldered runs. I was rowing my Fishcraft raft and Ray was rowing his Clackacraft drift boat which has the emblem on it, “Fear No Rock”. I guess that’s why Ray bought it. I was leading the way down the river and as we went down the river you could hear his boat, bang, bang, banging off the rocks. I thought what the heck is going on. Did they flip the boat? I pulled over and waited for him to catch up or pick up swimming anglers. He came down the river with everyone on board and then kept on going. I pulled back into the flow and followed him on down. Ray was rowing down the river and whenever he saw a boulder coming up he would start pushing forward on his oars and madly rowing to attempt to avoid them. As the river pushed him downstream and closer to the rock, he kept trying to get around it and bang, he’d hit the rock. He’d go another 1o0 yards and then all of a sudden, bang, he’d hit another on.

Moral of the story, you can’t outrun a rock, you’ve got to use your ferrying technique to maneuver around it by using your pivot, and backrow to slow down the boat and move laterally to avoid hitting them.

Keep on back backstroking.