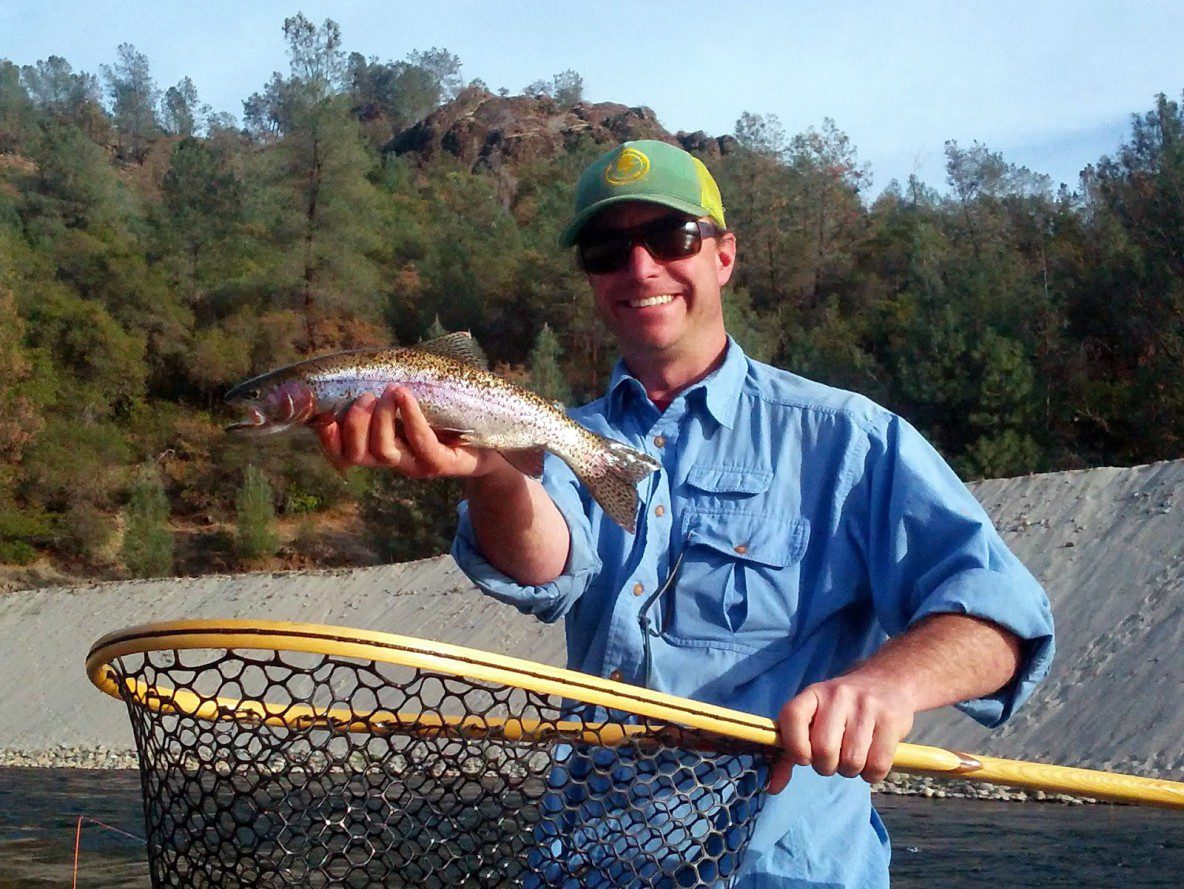 The long awaited opening of the Lower Yuba finally arrived on December 1st. I was especially excited because of the amount of salmon that have been in the system this year. It’s been a banner year with more salmon in the lower river than we’ve seen in about 4 years. About 4 weeks ago the researchers that work for Fish and Wildlife stated that there were about 8500 salmon counted at the fish ladders at Daguerre Point Dam. They predicted that the final numbers would tally over 11,000. For the Yuba that’s good news. The numbers of salmon spawning above the bridge were supposed to be much more than the previous years. All the reason to be excited to check the river out.

I hooked up with my old friend, Blake Larsen, who I have spent many days fishing with over the years, just not so much in the last year or so. We didn’t really miss a beat. Just like old times. The thing I like about Blake is that it’s always about getting out and enjoying the day no matter what ends up being in store. No fish, some fish or lots of fish it really doesn’t matter. We’re kindred spirits in that way. It doesn’t mean we don’t work hard to make it happen or give up on it it’s just not a numbers thing. It sort of like skunked, a few, a number or pretty darn good is our reference system.

One thing led to another and by the time Blake and I hooked up, did our shuttle and got rigged it was almost noon. So not the ideal time to start, but for the most part everyone else that got there at daybreak was about done. We basically had the river to ourselves. This was great!

Our strategy was to concentrate on the sanctuary water, which was anything that had enough depth for the fish to feel safe. We rigged up two rods, one a 6 weight with a deep indicator setup and a 6 weight Switch rod.

The indicator setup was rigged with a 9′ – 3x tapered leader, a Thingamabobber, at about 7 feet from the shot, 18″ of 3x fluorocarbon to a “Troutbead” and then another 18″ of 4x fluorocarbon to a modified Pheasant Tail that I’ve come up with. The Troutbeads were painted with Peach nail polish. I added one more section of 4x fluorocarbon to a size 18 midge pupa. We used this rig whenever the water was more than 5 feet deep. It worked as I’d hoped.

For all the shallower areas, the areas 4 foot deep or less we switched up to a tightlining rig.The switch rod was rigged with an Airflo integrated Speydicator line. I added a MOW tip. The MOW tip was a Light, 5 foot float with a 5 foot T-8 sink section. I added a short 5 for leader and then added 18″ of 3x fluorocarbon to a Troutbead and then another 18″ of 4x fluorocarbon to nymph. This rig also performed well.

The key is to keep changing up as the characteristics change. The deep indicator is funky in shallower water, The tighlining rig is not ideal in the real deep water. (Note: This is not true if you change the deep tighlining rig to one with a long leader without the MOW tip and use lots of weight).

As far as the river conditions, the river was running about 830 cfs, crystal clear with not a cloud in the sky. Light shirt and shorts type of weather. This doesn’t bode well for midday fishing in shallow water I can tell you that, especially with full sun. The river has changed up a bit, a few more drop-offs and ledges, some areas shallowed up a bit, others more channelized. There are lots of buckets and rollers from all the salmon spawning. Way more than I’ve seen in years. Lots of good habitat.

As far as bugs, about all I saw was midges and lots of them in the flats and tailouts, I think I saw one PMD, not that I looked very hard as there were so few. We need some drizzle or rain to see if the Blue Wing Olives are around. What I was confident in is that the fish would eat eggs.

There’s just been too many salmon in the system and the trout are just conditioned to eat them.

So how’d we do, let’s just say we had a great day.