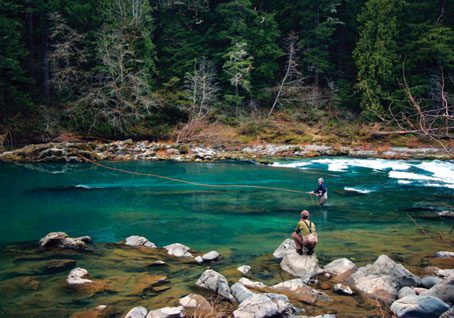 In this article, Switch and Spey Casting Primer – Part II, I want to discuss Anchor Groups.

I’ll discuss the fundamentals of a spey cast using an airborne anchor when we review the “Switch Cast” in a future article.

Waterborne Anchors
A waterborne anchor cast is a cast where the anchor is set up on the water, it settles, it stays in the water as you come around to form the “D Loop” and only when you start your forward stroke does it lift off the water.