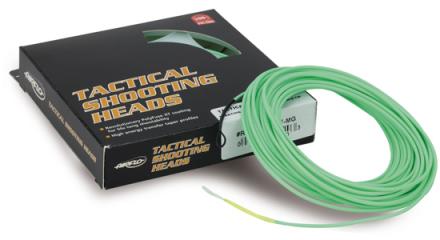 Whoever came up with the idea of Switch Rods was had his head on straight. Someone came up with the idea to build a rod that can do everything from Spey casting to overhead casting. It would be the perfect rod for small and medium sized rivers. For those of us that have purchased one we’ve had a heck of a time figuring out what to line them with. I’ve about tried them all. The rod builders sold the rods but didn’t really have the lines to match them with. How many of you have been throwing a Rio Indicator line two or threes line weights over. Get the picture. I checked out Larimer Outfitters’ website and got the story as to how the Airflo Skagit Switch line came about.

Tom Larimer, who is on the Airflo design team, approached Tim Rajeff, (the US distributor for Airflo fly lines) with the problem we were all having with other switch lines on the market. Switch rods are designed more like a traditional single hand rod taper, meaning that they are fast in the butt section and flex progressively through the tip giving the caster the ability to overhead cast them. However, a Spey rod taper is typically slower in the butt section and faster through the tip section. This allows the caster to form the D-Loop and change the direction of the cast without the rod wanting to unload too quickly. The load is sustained through the whole casting cycle until the cast goes outbound. It’s the reason why Spey casting feels so good!

Because switch rods want to unload so quickly, Airflo wanted to find a way to slow them down giving the caster the same sensation they get from their traditional Spey rod. Until now, there hasn’t been a fly line that sustained the load on the faster tapers of most switch rods. This is why it’s been difficult (and not fun) to perform double Speys and snap-T casts with the lines currently on the market. For those of you that have tried switch rods with what’s been available, you’ve probably noticed “touch and go casts” like single Speys and snake rolls work all right. However, if you want to jack a snap-T with a big sink-tip and a heavy fly it isn’t very fun.

After a lot of thought and a couple of prototypes, Airflo came up with the solution to the switch rod  lining problem.

According to Tom Larimer “If you’re a fan of the Airflo Skagit Compact, you will love this line!”